We provide professional support in Conservative Dentistry and Endodontics.

Tooth decay is the name given to diseases that appear
in the form of dark or opaque (white) cavities in the enamel, dentin, and
cementum hard tissues of the teeth.

Bacteria secrete acid to acquire the necessary
nutrients from food remains in the mouth.  These acids decompose the
teeth’s mineral tissue and break down the tooth’s enamel, leading to tooth
decay and what dentists refer to as ‘cavities’.

People who consume a lot of acidic or sugary foods,
and those whose water supply carries low levels of fluoride are in greater
danger of tooth decay than others.  While saliva provides a natural
defence mechanism against bacteria generated acids, it cannot single-handedly
prevent cavities.  Diseases or medications that reduce the flow and amount
of saliva speed up the formation of cavities.  It is because it increases
the flow of saliva that dentists frequently recommend sugar-free chewing gum.

What Can Be Done to Prevent Tooth Decay?

Brushing teeth after breakfast, before going to bed,
and flossing regularly are the most effective means.  As food particles
are mostly collected in the chewing surfaces of the teeth’s dents and where the
teeth meet, small headed toothbrushes should be preferred.  The inner,
outer, and chewing surfaces of the teeth should be brushed, as well as the top
of the tongue; dental floss should be used for the areas between the
teeth.  Toothbrushes should be of medium or soft hardness and should be
replaced periodically.  The bristles of the brush should not be worn down,
and should be kept in a bacteria-free environment.  Mouthwashes with
fluoride can assist brushing as they have an antiseptic effect and provide a
fresh and clean feeling while fighting bad breath.

Consuming sugary and acidic foods during main courses
and refraining from eating between meals are also preventative measures.
At the present day, tooth decay is more common than it used to be.  For
example, research has shown that while in earlier civilizations the tooth decay
ratio in people was no more than 5%, today that ratio can reach 95%.  The
reason for this is the change in eating habits.  As earlier civilizations
ate hard and natural foods, a natural cleaning of the teeth would occur.
At the present day, with the growth of the ready-to-eat food industry,
consumption of such foods has also increased.  Easily accessible
foodstuffs like biscuits, sugar, chocolate, and cola are all ingredients that
stick to teeth and cause bacteria; they are accepted as the main reason for the
increase in tooth decay.  Periodic visits to the dentist are the best way
to prevent or diagnose a cavity.  Timely consultation of a dentist in
cases where teeth are sensitive to hot and cold, aching, or show forms of early
stage cavities with a chalk-like or brown color and dents, will change the
process of the treatment and decrease its level of difficulty.

Another means of preventing tooth decay is by the strengthening of tooth
elements.  The most powerful material used to strengthen teeth is “fluor”
compounds.  When fluoro compounds are applied to teeth that are in the development

phase or have newly emerged in the mouth, they penetrate the teeth and form a tooth structure

The easiest amongst these is to brush the teeth in the
morning and before bed with fluoride toothpaste starting at the age of 3, and
using fluoride mouthwash after the age of 6.  Other practices are not yet
widespread in Turkey, and lack the necessary infrastructure.  For example
in most regions, there is no net standard study regarding the fluoro content of
drinking water and amounts ingested with diets.  Fluoride is a necessary
element for the body.  However, excess intake can cause change in tooth
color or deformation in bones.  Therefore its use aside from toothpaste
and mouthwash must be done under a physician’s care.

Treatment of the destruction of teeth caused by tooth
decay, trauma, and various genetic and immunologic diseases is mainly divided
into two areas: Conservative and Endodontic.

Conservative dental treatments are operative
treatments relating to the visible, enamel and dentin areas of the teeth.
In these treatments, the area of the tooth that has decayed or deteriorated
in another manner is cleaned and distanced with the use of special
technological tools used in dentistry.  The healthy part of the tooth
remaining is then isolated with special materials and restored with filling
materials, imitating the natural structure of the tooth.  While many
permanent filling materials have been used to date, at present the most
commonly used are amalgam (metallic) and composite (white) fillings.

Amalgam fillings are also known as silver
fillings.  Amalgam is derived from mixing silver, tin, and copper alloys
with mercury.  Comprising 45-50% of the mixture, mercury creates a durable
filling material by bonding the metals together.  Amalgam fillings have
been used and developed for 150 years in dentistry and are still frequently
used today.  The main reasons for using amalgam fillings are that they are
harmless, long lasting, and cheap.  The fact that they can be easily
prepared and applied in a short period of time is its other advantages.

Its greatest disadvantages are that they contain a
toxic material like mercury, and are not aesthetic.  To date, no consensus
has been reached through research regarding the toxicity of the mercury in
fillings.  Many researchers have indicated that the amount of mercury
released from fillings after chewing and grinding processes is much less than
those consumed from water, air and food.  Although it has been claimed
that certain diseases thought to be caused by mercury have been cured upon removing
the amalgams, no scientific proof has been established.

What is Composite Resin?

Composite resin is a plastic mixture with silicon
dioxide particles.  Because it is tooth colored, it is referred to as a
“white filling”.  Even though in the 1960’s they were only used on the
front teeth, as the material was highly developed they became less eroding and
more resistant to chewing pressures, making them suitable for the back teeth as
well.

How are composite fillings done?

The greatest advantage of composite fillings is that
they are aesthetic.  Also, because these fillings bind strongly with the teeth,
they support teeth tissues and prevent them from breaking and transmitting
heat.  Composites are not only used for restoring cavities, but can also
be used for their cosmetic effects to change the color and shape of
teeth.  Its main disadvantage is sensitivity in the area after being
applied.  The color of the fillings may slightly change with the
consumption of dying products such as coffee or tea.

Polishing can also be done in the same session with
composites.  However, with large restorations or series of restorations
for multiple teeth, it is better in terms of aesthetics and functionality to
call in the patient one more time for controls and perform any necessary
corrections.

Large losses on the front teeth can be restored with
these materials.  Therefore it should be explained to patients that taking
care when chewing will extend the life of the restoration.  It should also
be reminded that no matter how well polished they are, especially fillings on
the front teeth can be dyed by certain foods or beverages.  In patients
where eroded teeth have been restored, it is important to recommend softer
toothbrushes and corrections in their brushing techniques.

Endodontics is the branch of dentistry involved with
problems that have advanced to the pulp of the tooth.  When endodontic
treatment is mentioned, root canals are the first thing that comes to
mind.  Root canals are generally the most feared dental treatment of them
all.  The part of the tooth visible in the mouth is called a “crown”,
while the part inside the bone, not visible in the mouth, is called the
“root”.  Teeth are made up of several layers.  The outermost layer of
the crown, or the part visible in the mouth, is called enamel.  It is one
of the most rigid tissues in our body.  The root part of the tooth which
is under the gums and surrounded by bone is covered by the cementum
layer.  Below the enamel and cementum layers is the dentin layer.  It
is the largest layer and unlike enamel, contains the nerve endings.  By
this, it plays a role in the pain mechanism.

Under the dentin layer is the tooth pulp.  This
is where the nerves and vessels of the tooth are located.  The pulp plays
an important role in the eruption and development of tooth.  Once the
tooth has erupted, the pulp relays any problems the tooth may have via its pain
mechanism.  The pulp is at the centre of the tooth and in the canals of
roots.  The connecting tissues that feed the tooth are made up of blood
vessels and nerves.  Once the tooth has matured, the pulp can be safely
removed from the pulp chamber or root canals.  Endodontic treatment,
commonly referred to as canal treatment, is the process of removing the pulp
from its location.

What are the Symptoms?

Pain and sensitivity in the teeth caused by cold or
hot foods and drinks, as well as pain induced while eating might indicate an
infection or the beginning of an infection.  Extreme color changes in the
teeth might also be a sign of infection.   In teeth where the decay
has reached the pulp but has remained untreated, the infection may migrate from
the root apex to the jawbone, causing small or larger swelling.  In such
cases, the use of antibiotics is appropriate together with dental
procedures.  The general opinion is that a tooth causing swelling in the
face should be extracted once the swelling has diminished.  However, this
is a very outdated notion.  Even teeth that cause a serious infection can
be kept intact through canal treatment, and can serve alongside the other
healthy teeth for several years.

Following canal treatment, especially after the
treatment of living teeth, a bearable ache may present itself for a few days or
when pressure is applied on the tooth.  This is a normal pain following
canal treatment.  Protecting the treated tooth for a couple of days will
prevent the pain.  The success rate for canal treatments performed at
present is 90%

At hospitals of Medicana Health Group; healthcare services, which are fully compatible with the Service Quality Standards of the Ministry of Health and accreditation standards of the Joint Commission International (JCI), are provided in the equal quality with the world’s leading institutions, through its principle based on patient safety and efficient and quality patient care and treatment.

Medicana Health Group, which aims to provide healthcare services to every segment of society at international standards, increases the patient satisfaction with its transparent, reliable and compassionate approach for the patients, and thus, the Group has been regarded as one of the most valuable brands in our country and has received the title of the health institution mostly preferred by the patients, through its quality in healthcare services.

The primary aim of Medicana Health Group is to be a healthcare facility that continuously improves its productivity through its vision “closely following the most advanced and leading infrastructures and developments”. In addition, it aims to follow the development of healthcare services in Turkey and in the world and to adopt the internationally recognized methods and practices and offer these methods and practices to patients.

Medicana Health Group is a member of the Association of Private Hospitals and Medical Institutions. It is awarded the status of baby-friendly hospital by UNICEF and the World Health Organization.We wish a healthy, quality and good life. 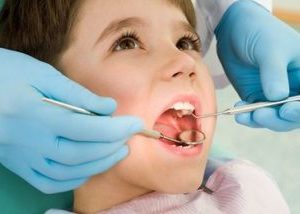 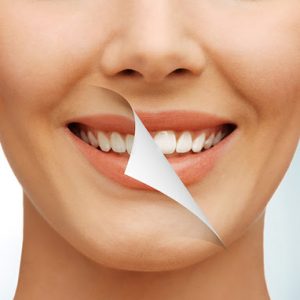