The eyepiece is positioned anatomically in the anterior
segment of the eye behind the iris and leaning against it in front of the
vitreous (a viscous, egg white or gel-like substance that fills the inside of
the eyeball). It is extremely elastic and when released, it takes an
almost spherical position.It is connected to this muscular structure, which is
located behind the iris from the equator and has different functions called
corpus ciliare, with extremely thin filaments called zonules. provided quickly. Near
vision problem in older ages when the elasticity of the lens decreases

This is why it occurs.

Characterized by the deterioration of the transparency of
the lens, the most common lens related diseases.

It is a cataract disease. There are several types of
classification. However, the most general description and the most common
type is senile (senile) cataract. Again, to mention some types, Congenital
cataracts (cataracts formed from infancy), capsular cataracts (opacity in the
capsules surrounding the lens), nuclear cataract (the dense nucleus formed in
the center of the lens in advanced ages). Cataract, mature cataract, white
cataract, black-brown cataract are the most common cataract definitions we can
hear.

In addition, diseases such as congenital defects of the
lens, lens injuries, luxations (dislocations) that have occurred in traumas,
falling off of its place and falling into the vitreous mind are frequently
encountered.

There is only one way to treat cataracts. Cataract
surgery!

With the development of modern medicine, the
cornea-scleral incision was entered into the eye, holding it from the capsule
with the help of a special forceps and taking the lens out, and then the lens
started to be taken out with a cannula formed by cooling the co2 ice and
allowing the lens to adhere by freezing, and finally pekke (planned extra
capsular lens extraction) operations in the form of emptying the inside of the
lens capsule have started.

Today, with facoemulsification (known as laser) devices,
the lens nucleus is easily broken down and sucked out, making it possible to
shorten the corneal scleral incisions up to 2mm, and with the development of technology,
vision restoration with the emergence of intraocular lenses (IOL) that can be
placed inside the eye (lens sheath) from 2mm. Operations with very good results
continue to be performed.

Finally, as the multifocal iol (known as smart lens)
technology has developed, we see that cataract surgeries are also started to be
performed as eyeglass-free operations in eligible patients.

In addition, a second multifocal lens or a corrective
lens (astigmatism etc.) can be added (add-on lenses) to the front of the lens
for patients who have undergone surgery by placing a single focus lens.

Vera Hospital About Us

Our hospital consists of a structure built on a closed area of ​​2500 square meters. Continuing to provide health services in a 6-storey detached building

Renewed Vera Hospital continues to serve you in the same place with its new structure, active, hardworking and friendly staff.

Vera Hospital is at your service in Cevizli with its new interior and exterior design to provide better quality service.

Sessions are carried out in the physical therapy and rehabilitation unit with its professional and friendly staff.
Vera Hospital continues its new service network with Endoscopy and Colonoscopy, hair transplantation unit.
Painless anesthesia is applied to all patients with SSI and endoscopy procedures are performed.

Vera Hospital provides you hair transplant in a healthy, reliable and hygienic environment. It provides experienced services in the field of hair transplantation with the FUE method. Vera Hospital will restore your lost hair and aesthetic appearance to you. Your hair and joy will be fulfilled. 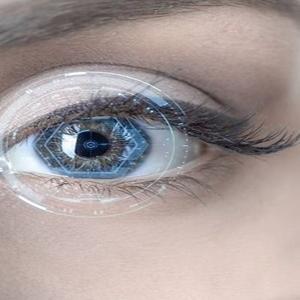