Robot technology, which is used frequently in the field
of health in the world, especially in liver and heart surgeries, has also had
an important place in hair surgery. After countries such as Japan, America and
England, Dr. It is successfully applied by Served Tailors.

How is hair transplantation done with robotic surgery?

In robotic hair surgery, which we can call a comfortable
method for the patient, lifelong non-shedding roots are taken from the neck
area. Thanks to the robotic optical readers, it sees the direction of the
root under the skin and collects the roots with almost zero error. The aim
is to collect the strongest hair follicles in a quality manner. While the
robot is performing the procedure, the operator in charge of the computer can
intervene in the hair transplant robot when it deems necessary. In case
the operator does not interfere, the robot automatically detects the hair
follicles to be taken, and automatically determines which root to take in the
next step. An important advantage of the hair transplant robot is that it
does not harm the existing healthy hair while collecting the hair follicles. The
robot does two important jobs: root harvesting and channel opening.

It is possible to summarize the channel opening process as follows; everyone has
a different hair growth direction and density that needs to be transplanted to
appear in a certain volume. Thanks to its optical reader, the robot
remembers the hair follicles and opens channels without damaging the existing
ones.

Before the procedure, the patient’s photographs are taken from the front, from the top,
from the side, and the head structure is made 3-dimensional on the computer. In
this way, how much hair will be transplanted in which region, how to direct the
hair, at what angle to transplant, are prepared meticulously, scientifically
and professionally, just like an architectural project. Patients can enter
the procedure without any question marks in their minds. The process takes
7-8 hours and is completed on the same day.

What should be done after the procedure?

After the procedure, the tissue from which the hair
follicles are taken in the nape of the patients is covered with a bandage for
48 hours to prevent germs.

No liquid is given under the skin in sowing with a
robot. Therefore, since the subcutaneous tissue is not traumatized, edema
and swelling are less common in robotic sowing compared to the FUE
method. Wound healing is much faster.

Tennis player forehead band is used for 2 – 3 days
according to the needs of the patient. This band prevents the liquid in
the forehead from reaching around the eyes and creating a bruised
appearance. The patient is given an edema-solving pill for three
days. It is recommended to drink 2.5 liters of water a day and to get rid
of this edema quickly by making ice compresses every hour. One day after
the operation, he is called for control. It is checked whether there is a
problem such as bleeding, infection, swelling, edema. Usually close to 100
percent everything goes well.

48 hours after the hair transplant, a procedure called
first washing is performed. The purpose of this is this; While the
patient is transplanting, the canal is opened and each channel has an
angle. In this angle, when a small incision is made, the skin is separated
and a slit occurs. Over time, this area is crusted. However, this
crusting is desired to occur gradually. If it crusts suddenly, undesirable
situations such as infection of the hair root can be experienced. For this
reason, hair washing procedures, which start two days after the operation,
continue for eight days and are applied once a day. In this process, a
lotion is first applied to the skin and waited for 20 minutes. Thus, the
skin becomes soft. Then washing is done. By the eighth day, the scabs
of the patient become more pronounced and the color turns from redness to
brown. Eventually, the brownness gradually begins to harden. In the
last wash on the eighth day, the lotion application process is held for 40-50
minutes. The shells are then gently poured off one by one. On the
tenth day, all the scabs of the patient are shed, as if his hair is cut
short. Patients are extremely happy when they see them in the mirror with
the feeling of having their hair cut short.

After the transplant, the hair should be taken care of
very well. For this reason, it would be correct to use special shampoos,
sprays and tablets that strengthen the hair. This treatment is recommended
to patients by Este world experts.

What are the advantages of robotic hair transplantation?

The hair transplant robot eliminates the margin of error
by providing 10,000-fold growth in viewing the follicular unit thanks to its
special magnifier.

Another important advantage of the robot is that it does
not cause any damage to the existing healthy hair while collecting the hair
follicles.

Before transplantation, a personalized hair design is
made. In order to create a 3D model, photographs are taken from five
different angles. Thanks to the 3D model created, it is determined how
much hair transplantation should be done in which region, so that what kind of
image will be formed after the transplantation is revealed.

The healing process is faster compared to Fue and DHI techniques.

One of the important advantages of robotic hair surgery
is that it provides a natural appearance. Thanks to the robot’s advanced
technology, the hair looks like it came out naturally. When we lift our
own hair and look at the bottom, we do not see a hollow, artificial
image. Hair is a whole with the skin. It is possible to make the
natural hair growth with the closest robotic hair surgery. This can be
explained as follows; In the FUE method, while a 3mm depth is created with
a tool 1/3 of the thickness of the razor, called slit, the robot goes down to a
depth of 1.5mm, so a hollow image does not occur. Thus, results that
satisfy both the patient and the physician are obtained.

As a result; Robotic hair surgery should be
performed by a specialist physician. Especially in cases with a palm
opening in the front area, the best choice is the robot. When
transplantation is required, the preference should be robotic hair surgery for
densification.

At Este world, Dr. As the patients see the
successful results of the robotic hair transplantation applied by Served
Terziler, they also recommend them to the people around them and thus the
method becomes more preferred day by day.

We set off by giving our hearts to the health sector. We took our first step on this path 15 years ago, and today we serve as a total of 3 branches, 1 clinic in Bahçelievler, 1 clinic in Altunizede and 1 medical center.

As the Esteworld Family, which provides patient admissions at international standards with its up-to-date technology and expert staff in a short time, we provide services in the fields of plastic surgery and medical aesthetics, especially hair transplantation and treatments.

In our country, which is one of the reference points in health tourism, as the Esteworld Family, we reach many countries of the world with our nearly 100 agencies and share our diagnosis and treatment services. On this way, we sent off thousands of our patients to their countries with our healthy and quality service understanding, and we continue to send them off.

In 2014, we qualified the health service we offer by awarding ISO 9001-2008 certificate to the Esteworld Family, where we approach all our patients with a multidisciplinary perspective. Our goal is to always work with all our strength to provide better quality health service and to follow the world of medicine and science closely … 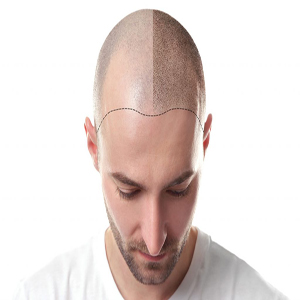