WHAT IS A RISKED BABY?

Babies who may show growth retardation due to problems experienced during pregnancy, delivery or postpartum are called risky baby. In general, the group of risky babies can include premature babies (premature) babies, term babies with a low birth weight and babies who need to be looked after in the neonatal intensive care unit after birth.

Which babies are called premature babies?

What does low birth weight mean?

What are the problems that can be seen in risky babies?

In the neonatal period, brain involvement due to lack of oxygen (hypoxic ischemic encephalopathy), neonatal breathing difficulties (respiratory distress), jaundice (hyperbiluribinemia), eye problems due to incomplete development of the vascularization in the eye (retinopathy of prematurity) can be seen. In addition, 5-15% of premature babies may develop permanent neurological conditions such as cerebral palsy.

Risky babies are at risk in terms of delay in motor, sensory, cognitive and social development stages. Weakness in the body muscles, delay in movements such as turning, sitting, crawling, walking, deficiency in sucking-swallowing skills in the early period, and delayed speech in the future can be seen. Risky babies may have difficulty in calming themselves, they may cry frequently and avoid moving. They may have sensory problems such as excessive mobility or needing too much stimulation.

The risk level of babies is determined according to the above-mentioned definitions and according to this degree, a neonatologist, developmental pediatrician, pediatric neurologist, special education specialist, occupational therapist, speech therapist and child physiotherapist can be in the team.

How is the neuromotor development of babies at risk assessed?

What is an early intervention program?

Early intervention program includes physiotherapy approaches starting as early as possible (as soon as possible) and up to 24 months. Depending on the risk level and condition of the child, the physiotherapy program can be continued for longer periods in the presence of neurological effects until school age.

Purpose of physiotherapy programs is using the self-renewal (plasticity) feature of the brain, the acquisition of typical developmental movements and bringing the child to the most independent level possible. In this respect, the first 2-3 years of life are very valuable because brain and nerve development is very rapid in these years, so early intervention will increase the success of the treatment.

Bobath (neurodevelopmental) therapy is the most widely used approach worldwide to support motor and sensory development in infants. Purpose in Bobath concept is to give children with neurodevelopmental disorders the highest level of functionality possible. For this purpose, bobath therapists create an intervention program that includes objectives such as providing the necessary environmental adaptations for the baby, increasing the communication between the baby and the family, including the family in the therapy, and teaching the therapy to spread throughout the day, as well as specialized therapies for the baby. The baby is constantly evaluated, this program is arranged at intervals according to his needs and the effectiveness of the treatment is observed.

How can I access the assessment and early intervention program for babies at risk?

Since 1994, ROMMER has been providing health services with its experienced, professional staff in the field of physical therapy and rehabilitation, internal medicine, brain and nerve surgery, nutrition and dietetics and clinical psychology departments.

ROMMER aims to enable patients to perform their daily life activities independently-painlessly and to increase their quality of life at the end of rehabilitation program. 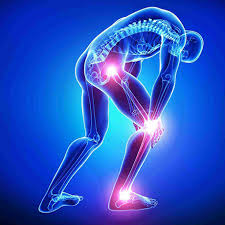